With the idea already thought up, it became impractical to shoot everything imagined as live action. It would have take a large crew, several cameras and a wicked producer to put together in time for a tight deadline.

People Who Think, an advertising agency in Louisiana came to us with a project idea to help show the community impact of one of their clients, Essential Federal Credit Union. A local bank in the Baton Rouge, Louisiana area.

The strategy for this piece was to show the giving efforts of Essential in more of a light-hearted way so people could really understand the impact their business made for the community.

In reality, the foodbank is just a warehouse with food, but we sort of wanted people to feel like the food shelter was a magical wonderland where good deeds and public service came together to help people in need. After all, something truly beautiful happens there everyday. That idea led the art direction to a slightly more whimsical approach than a realistic 3d world. 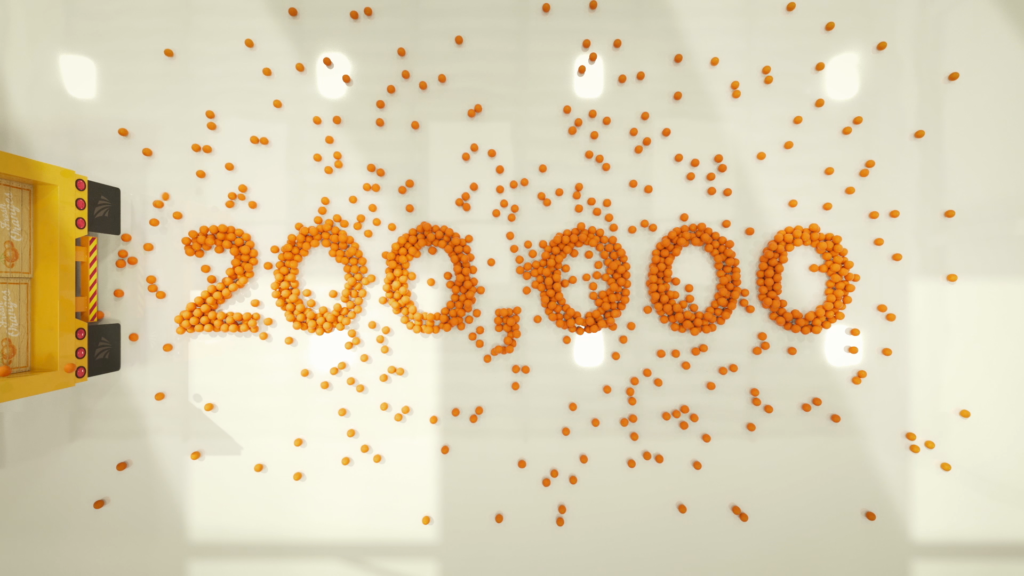 Every animation needs a character, it might not be human, but our star of this piece is the Orange. At first he’s alone, but “Birds of a feather flock together”. To get us a little more into the real world, much of the animation was created with real world physics simulations.

They took a concept that would have been cost preventative to shoot practically and created a stylized world to tell our client’s story. The campaign met expectations and increased our client’s enrollment.