The Game of Creativity 🏆

At some point or another, no matter your skill level, we all run into a creative block sometimes. You might already use some tools to help you out of that block like Pinterest, Behance, Dribbble or Instagram. But there’s a big problem with that. The problem is that using another person’s art as inspiration often leads you to a result that might be a little too similar to theirs and not very YOU. So, how can we help people be more creative and inspired by their own ideas?

After experimenting with different techniques and researching how to come up with more creative thoughts, we learned that one of the best ways to get ideas is a collision of random thoughts/ideas. Immediately, the thought of a shuffled deck of cards came to mind as a way to help people generate a random collision.

Unlike most of our projects, this one was was different in that it was a pure internal idea that we decided to take to market ourselves. After coming up with the idea and designing a deck of 56 cards, it was time to dive into the business side to figure out costs for production and shipping logistics.

Once it was made and we had a prototype made, the next step was to see what others thought about the idea and to get it funded. What better way to do that for a small idea than using Kickstarter? So we created a campaign to raise enough money for just a few decks ($750) with this more personal video below.

During the campaign and immediately following, we relied on using motion in a number of different ways to bring a simple concept to life and develop a personality. We used 3d animation, Photography, live action video, stop motion animation and simple gif loops in everything from social media, the website and email marketing to turn a simple deck of cards into a rewarding side business.

After just 1 day, we already reached our goal of $750. After 3 days, our project was featured on a number of blogs including Creative Bloq and Design Taxi. By the end of the campaign, we raised $32,394 with packs of The Game of Creativity going out to 6 continents all over the world. The campaign ended as one of the most successful Kickstarter campaigns of the year reaching 4,319% of the initial goal. 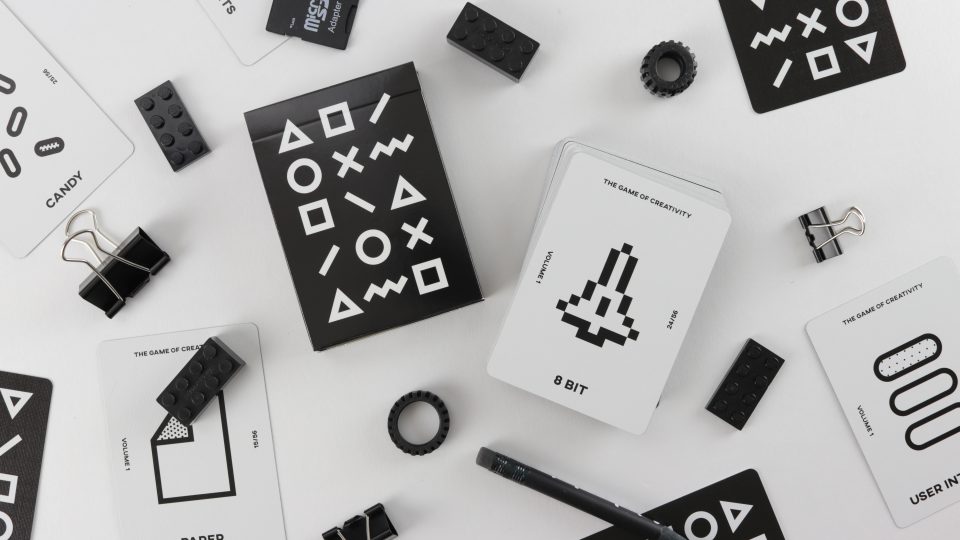 This is the perfect item for me. I get to just flip cards and let my mind go wild. A must-have for artists especially (Because we all hit an idea drought at some point!)

You can learn more about The Game of Creativity at this link. Or listen to more about the project at the podcast link below.