Matt and the Made by Things team were incredible partners from the get-go. They took the time to understand our business and our goals, and produced incredible high-quality videos on a tight timeline. Can’t recommend them enough!

One of the most competitive industries is insurance, with so many different kinds of insurance, it can be difficult to stand out from the crowd and make it clear to people how you can help. Huckleberry came to us weeks before they were about to launch their first paid ad campaign and wanted to start on the right foot with great content that would resonate with people and help them stand out from the crowd. They would be launching ads on Youtube, Hulu, Amazon as well as social media platforms and needed someone to help them navigate all the intricacies and file formats each platform requires.

Aside from creating something that looked good, it was important that we make something that helped boost awareness, brand affinity, and direct response. Essentially, we needed to help build Huckleberry’s video branding out to really make an impression on people.

During our Discovery process, we learned many details about Huckleberry’s company and brand as well as a few ideas they had. We also learned what the specific deliverables would be:

It’s very important to create variations of videos when possible to be able to test with paid advertising. That way, you can use data to confidently promote the variation that’s performing the absolute best.

We also knew that whatever we made needed to work as a vertical post (TikTok and Instagram stories), a square post AND 16:9 videos for television platforms. This meant that we’d be delivering 12+ video files in less than 5 weeks. No easy task, but we were really excited to dive in.

At the end of our Discovery process, we developed a handful of possible directions that would help Huckleberry achieve their goal in the quick timeline they had. After some conversation, we decided to go with a concept we called, “Whatever weird thing you do…”. The idea for this concept is that we’d talk about strange small businesses that might not be super common, but letting people know that Huckleberry would have them covered.

“Whatever weird thing you do, do it without worrying about insurance.”

For style, we presented a fun 3D animation style with fun characters and simple environments decorated like sets from each person’s business. 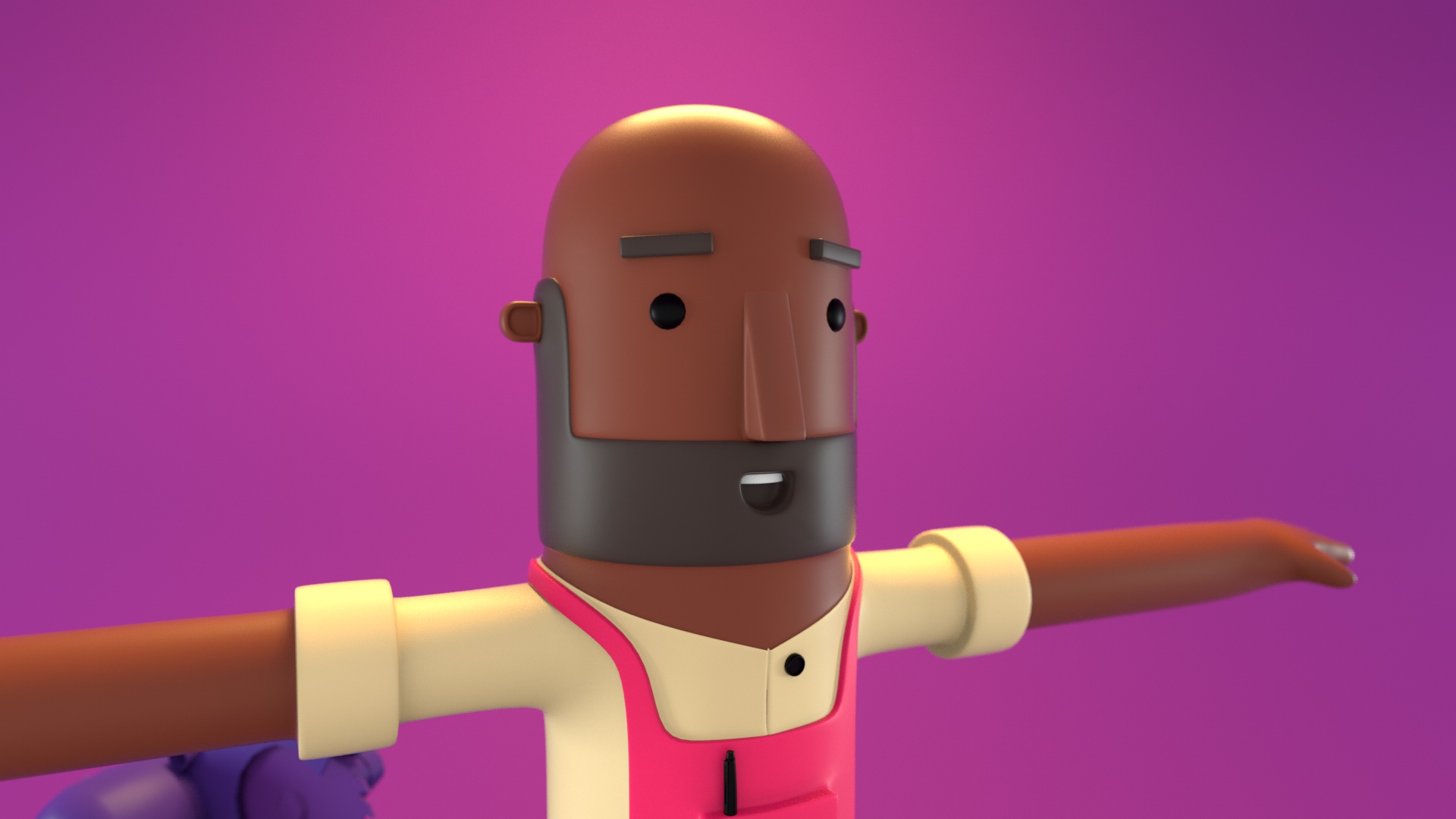 With the selection made, we were off to the races! Only 5 weeks to create 12 deliverables for Huckleberry to start their campaign in time. Our first step in production was to figure out the stories we’d tell specifically and get that script out for voice-over ASAP so we had a clear idea of the timing of the videos. At the same time, we dove into art direction to develop our style further.

After some conversation on our script, we decided that instead of “weird” businesses, we’ll talk about some of the more common industries they insure, then dive into the weird stuff afterward. Something to make sure people know the kinds of businesses they cover, but also a couple that are a bit on the crazy side for added entertainment.

About 2 weeks into our project, we had our story and art direction approved. With perhaps the most challenging task up next of modeling our 3d characters, rigging, and animation, we were able to put our heads down and get to work.

With one week remaining in our timeline, we delivered our first 4 versions of the project. (a bit early, from our estimated timeline 😉 ) The following week, we made a few tweaks to our sound design and added the always fun… legal copy.

For us, this project ended up being one of our favorites we’ve ever done. The team at Huckleberry was naturally a little nervous in the beginning, but in the end, their team was calmed with the joy of seeing the fruits of trust and a little bit of hard work ;). Huckleberry was able to start their campaign on time, on budget and as of the writing of this, has seen early success for their campaign.

After less than just 2 months of running their campaign, Huckleberry saw a 46% lift in brand awareness and 23% lift in purchase intent.